When Does Learning Occur? 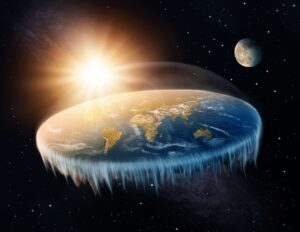 This is a new development.  Before 2015 almost nobody in their right mind believed the earth was flat.  Have people gotten dumber over time?  The internet was supposed to dramatically improve human knowledge and improve our lives.

In many ways this is true, but in many ways it is false.  For example, if you want to learn the technique to throw a curve ball from experts, that’s on the internet.  But, you can also find very poor technique being promoted as the right way on the internet!  How can you tell the difference?

There are also nuanced and complicated ideas available that would never make it in a magazine or television show because those mediums are developed from the belief that people are dumb and cannot pay attention.  For example, the story of Daryl Davis (example story 1), can be shared on the internet by a traditional media source where the story is told in a “traditional media,” way.  Or, Daryl Davis (example story 2), can tell his story in detail and unpack the reason it is impactful in a way that can do more than make us feel good, it can help us be good.

That touches on the question we’ll explore here. Why do some internet sources make people smarter, while others seem to make people misinformed?  Also, did people came to believe the earth was flat really learn in a way that benefits themselves and those around them?

Before exploring those questions, let’s first submit the ideas that when people are behaving in a more informed way not only are their lives better, so are the lives of those around them.  Civil society must be an educated society.  Civility is not the natural human state.  It is with great focus and intent that we can become enlightened and better understand the world around us, and most importantly, the people around us.  These beliefs highlight why these questions of learning and understanding in the internet age are important. Access to, and consumption of, information alone does not make people more educated.  The flat earth trend is rather harmless, but many harmful and hateful ideas are being adopted as facts by an increasing number of people.

To explore these questions, lets discuss a familiar situation to draw some connections.  Imagine that you’re in a classroom.  The room is decorated in a monochromatic fashion, and everything appears to be created from the same template with the same message.  Imagine now that the class is a math class.  The teacher stands at the front of the room and talks … and talks … and talks.  Occasionally, the teacher will write something on the board, or tell students to write something down.  The teacher’s voice is monotone and the cadence and speech patterns are invariant.

Empirically, we can assume that most do not learn in this setting.  The question to answer is, why not?  Certainly a boring delivery doesn’t help learning, but that isn’t the biggest reason.  To learn, the individual must challenge the ideas.

Think about it this way.  What if the teacher was dynamic and had a “choral” approach?  The questions in a choral approach are typically of the variety that require a yes or not, or a quick recital of a fact.  Is 2 + 2 = 4, or, what is 2 + 2?  What if the teacher was super engaging and energetic and students were paired in groups and there was a lot of movement and excitement?

The nature of such a classroom is often cited as high-quality teaching because students are engaged and performing tasks.  The problem is, there’s no evidence of improved educational outcomes from this style of teaching.  It is certainly more engaging and entertaining for the student than the first example.  But, especially in a math or science class, the understanding is  superficial evidenced by lack of retention. Unpacking those claims would involve volumes of text. The biggest piece of evidence is the fact that up to 60% of college-bound high school graduates are required to take remedial college courses even though they took and “passed,” much more advanced courses in high school. 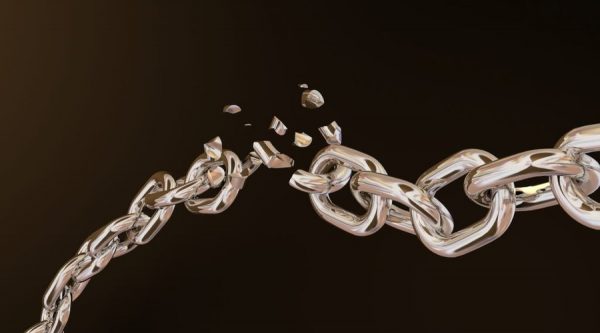 In both cases there are two elements key to learning that are missing.  First, to learn we have to make sense of things.  To do so requires challenging prior understanding in order to integrate the new information and ideas.  It is highly unlikely that a new, nuanced concept can be integrated without the development of misconception.  That’s the second element, identifying and correcting misconception.  It is often in response to misconception that what is correct is seen.  We sometimes see what it is by exploring what it isn’t.  If the end goal of “learning,” is to recite and echo what’s been taught, these issues can be bypassed.  But, if understanding is the goal of learning, misconceptions are an integral component.

Misconceptions need to be exposed, not avoided.

Let’s explore these issues.  There was a time, not long ago, when people believed the biggest hurdle to the development of an educated mind was access to information.  Since the integration of the internet into modern society, it does not appear that an uptick in intelligence has occurred in response.  In fact, “flat – earthers,” is now a category of people that didn’t previously exist as a significant group.

Simple exposure, and even engagement with, quality, accurate, concise, and consumable information, does not lead to learning or understanding.

Derek Muller is a YouTube personality and physicist.  He wanted to study the role the internet and creating consumable accurate information had on learning.  He wondered if resources like Khan Academy helped students learn.  He found out that not only did they NOT help people learn, but there was a net negative effect.  Students not only failed to understand, they came away believing they were right all along.

To be clear, Khan Academy, and resources like it, are fantastic … for review and study.  They’re terrible for initial exposure and instruction.  The reason why is that people are not “blank slates.”  For something to make sense to us, we must have some prior understanding.  To learn how to cook, you first have to understand something about food, ingredients, heat, and taste.  However, if you’re inexperienced, you probably assume many things to be true that are demonstrable false.

Those preconceived ideas or improper conceptual understanding are at the root of the issue here.  When we learn new information we make it fit with what we already believe.  Very rarely do we see something new and abandon everything else we already thought.  We mold and twist the new to fit with the old.  This is the creation of misconception.  When exposed, confusion occurs.

Confusion is on the path from ignorant to informed.

That brings us to the second issue that makes exposure to new information insufficient in learning.  People do not enjoy being confused.  It is threatening to the point that some people have intensely powerful emotional responses.  However, it is part of learning.  (While learning to deal with the negative responses elicited by confusion is very important, we won’t discuss them here.  That’s a huge topic that is way beyond the scope of our focus here.) 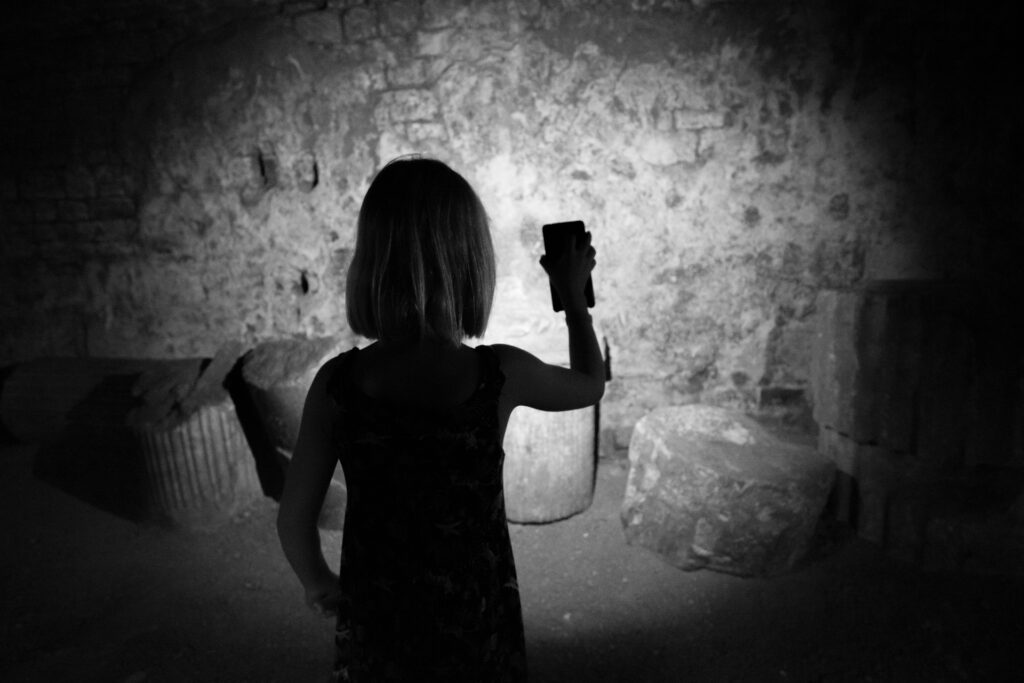 In Derek Muller’s research, he took two groups of college freshmen and had them take a basic science test.  Both groups scored equally low.  After the initial test, each group watched one of two videos.  Group A watched a video that showed the concepts and the application.  Group B watched a video that first exposed a misconception, then showed the conceptions and application.

After the video, but before the re-test, Group A reported that the video was enjoyable and easy to understand.  Group B reported that the video was unenjoyable and confusing.  Keep in mind, both groups demonstrated that they didn’t possess a good foundation in science.  Each group re-tested.  Group A had the same score.  This means that they failed to see how their prior understanding was invalid, despite being exposed to the truth.  Group B’s scores went up significantly.

The video Group A watched not only failed to help students improve, but helped them find false validation in their beliefs!  This will likely make it even more difficult to address those misconceptions in the future.

For people to learn they must identify their misconceptions and be brave enough to deal with the confusion and insecurity that sometimes occurs in response to that discovery.   Without these unpleasant feelings learning is a lot easier.  Often, these feelings are as much of a barrier to learning as is cognitive capacity.  But challenging information and our understanding of it must take place for learning to occur.  Without it, we will integrate new information correctly and potentially become “flat-earthers.”

Compare the two ways in which the story of Daryl Davis was shared. The first was a brief article, easily read, that went over the highlights.  The writing was crisp and engaging, easily consumed, and made the reader feel good.  The second was still engaging, but undoubtedly would cause deep reflection in response to thought-provoking ideas, as well as providing interesting facts in a contextually significant fashion.

Could a person deeply engage with the first source of Daryl Davis’ story?  Perhaps.  But the source itself didn’t lead the read down that path.

To learn, especially in isolation (which is typically how we engage with electronically distributed information), the individual must be willing to explore their misconceptions.  This can happen in response to trying difficult questions, through discussion, or through watching or reading something designed to expose typical misconceptions.

What is it you hoped to learn by reading this article?  One of two things likely happened as you read.  It could be that as you read you felt comfortable like this was stating the rather obvious.  Or, perhaps an idea was put forward that was so foreign to your understanding that you dismissed it with prejudice.

In either case, what was learned?